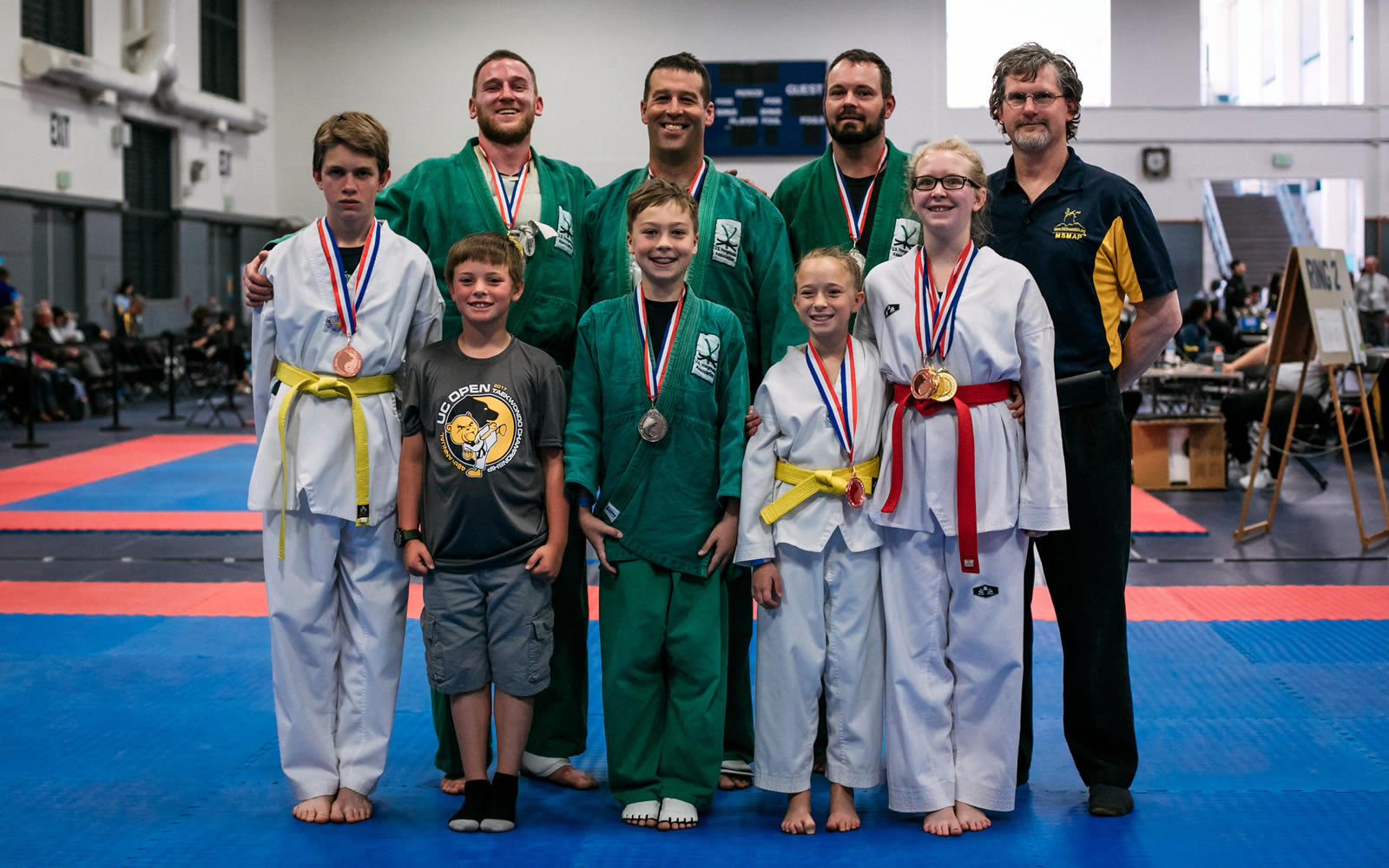 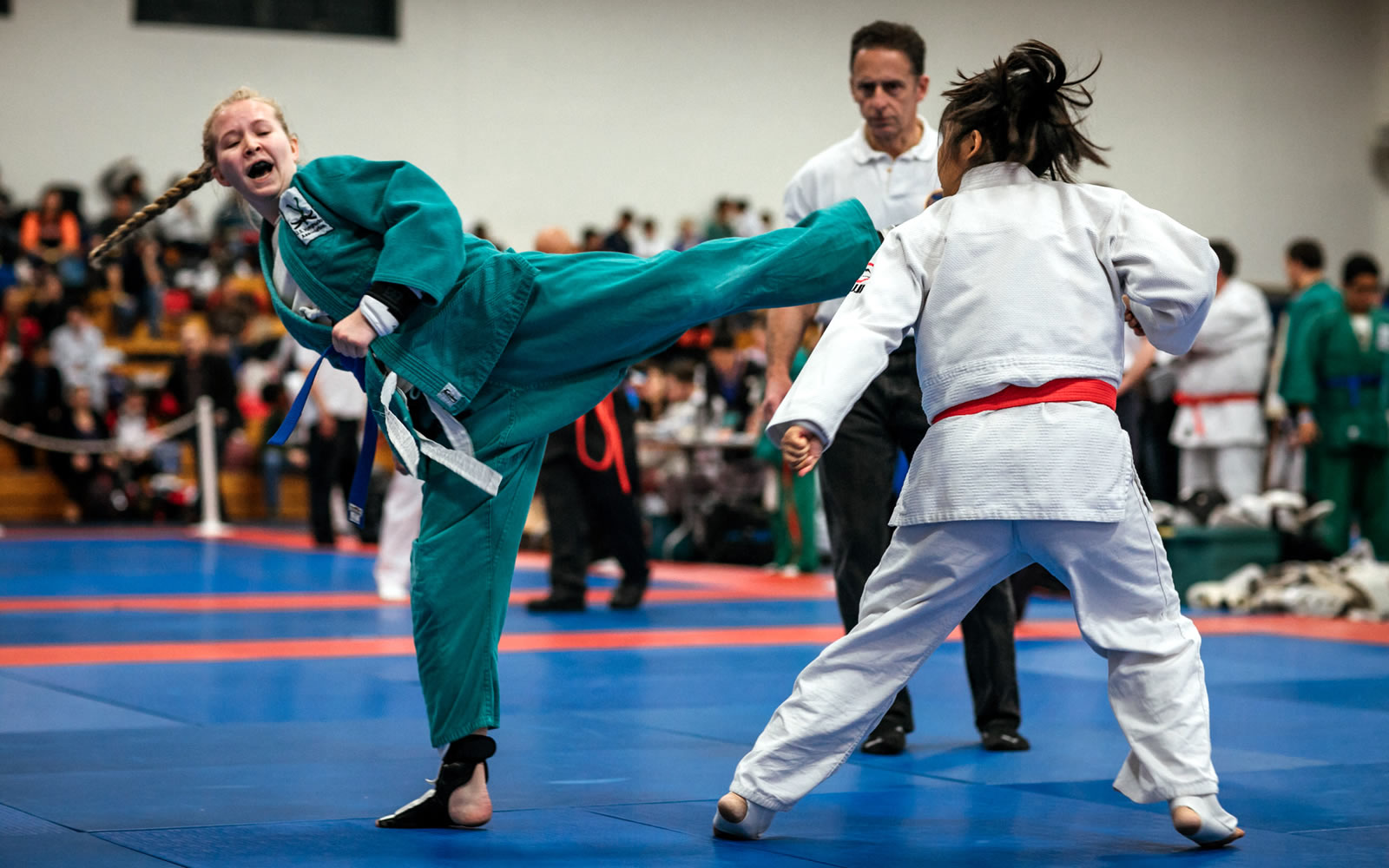 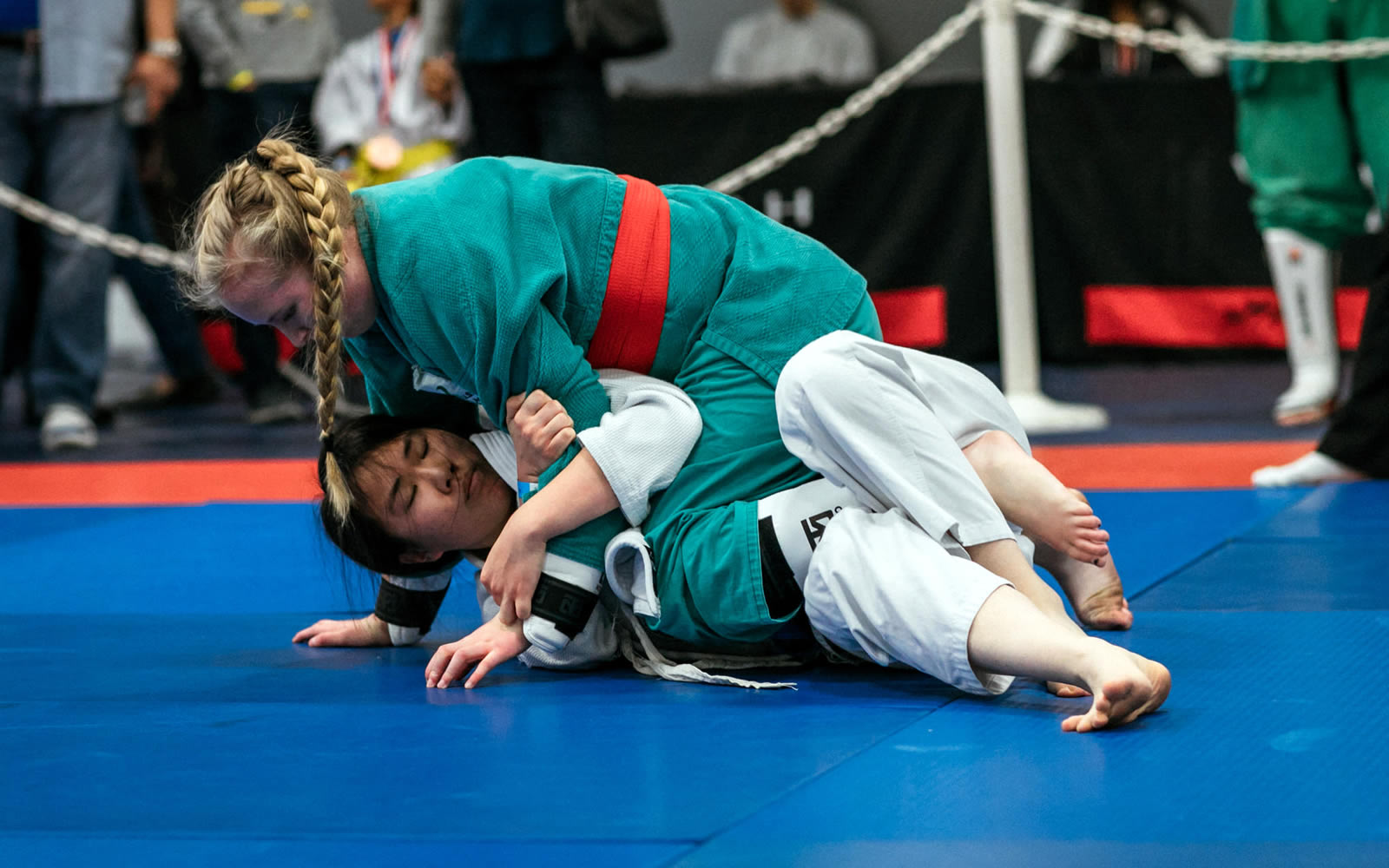 Riley was disappointed: joint-locks and chokes were not allowed in her division. So, she kept busy with leverage and lots of movement to establish position. 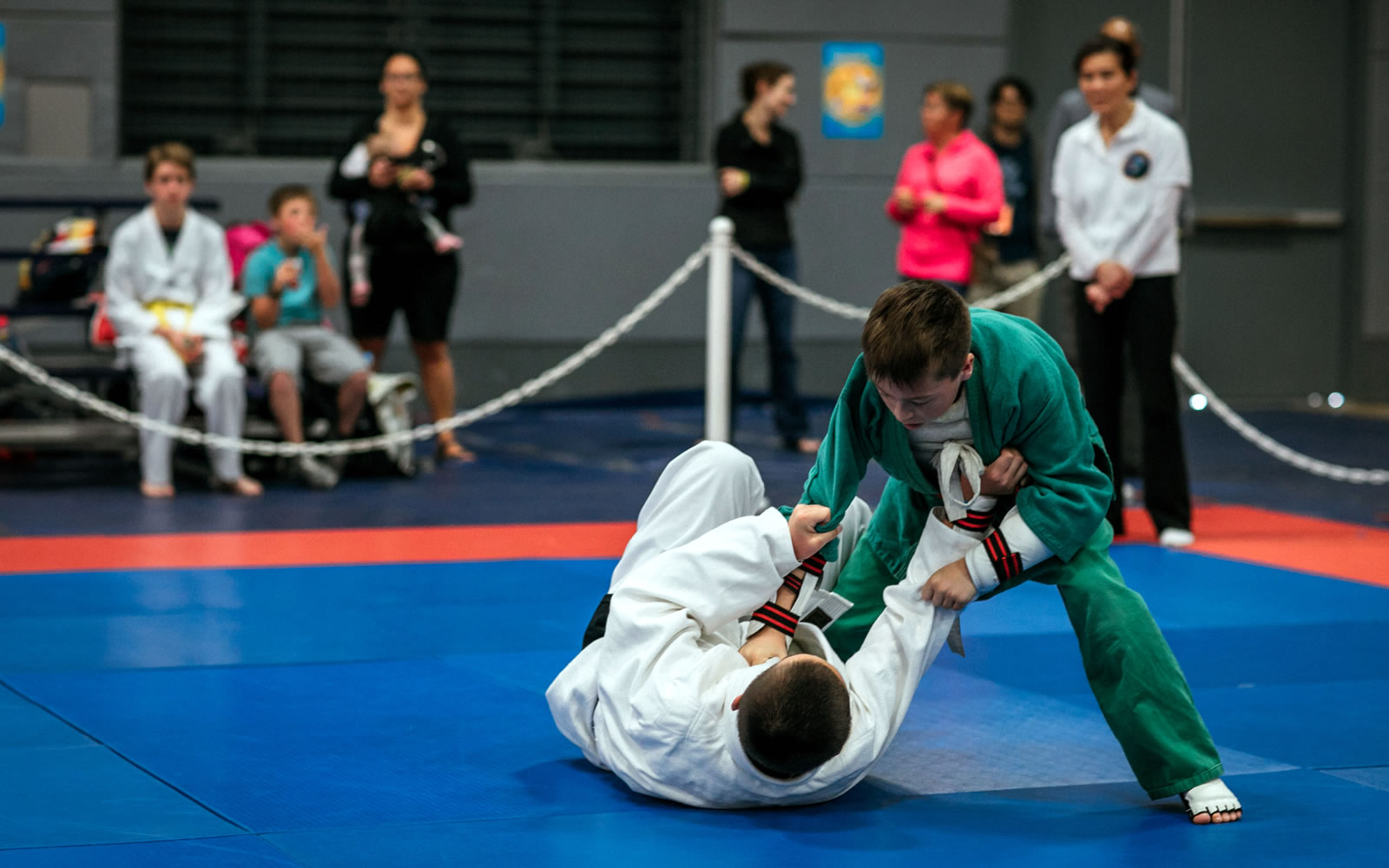 He started yongmudo six months previously and was eager to join his Dad on the mat at the tournament.
When it was all over, he said: “Dad, this is the best sport ever! Thanks for getting me into it.” 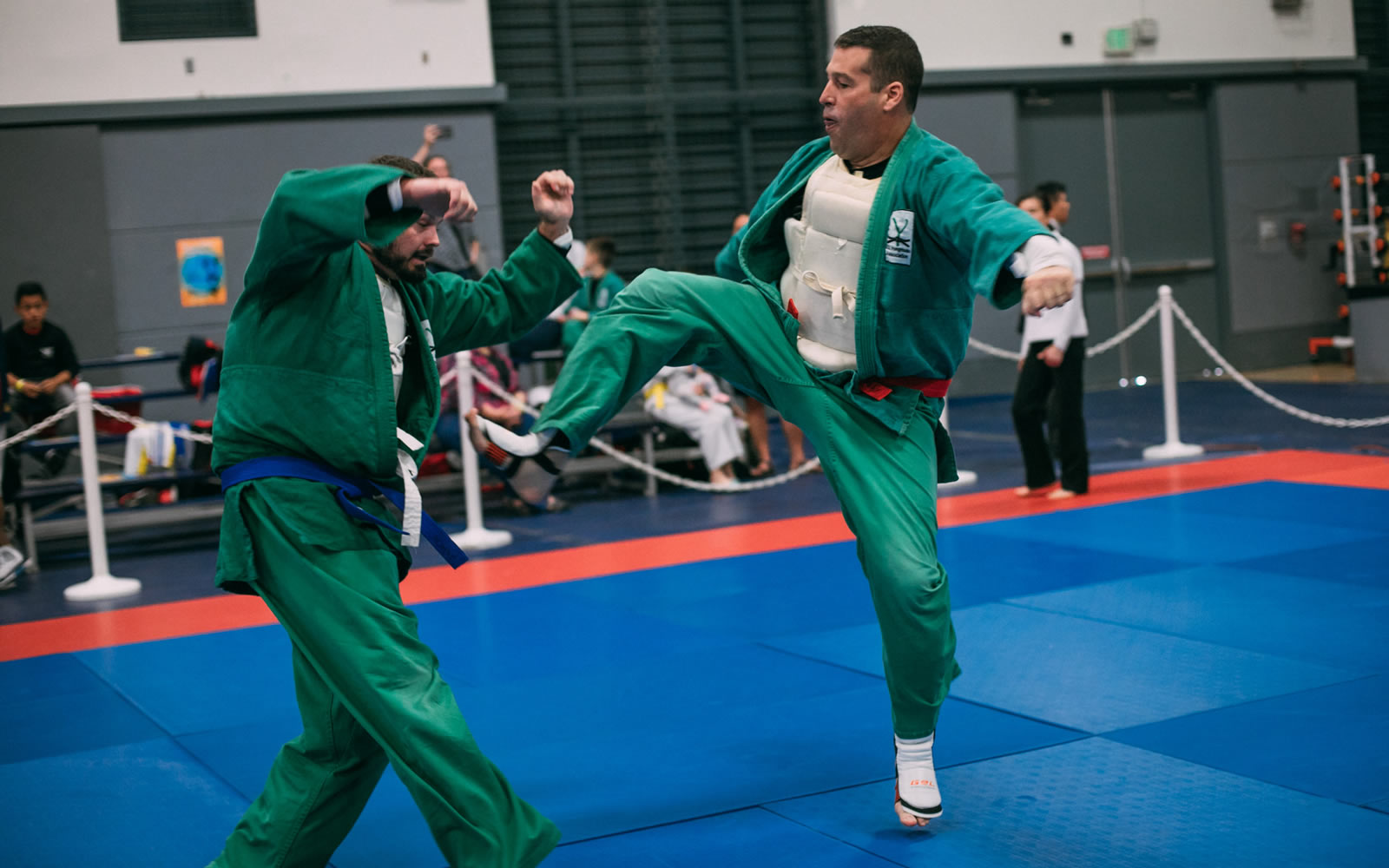 SHANE & ELI: Training on the mat together led to their competing against each other at the tournament. Both of them upped their game and showed their skills. These big guys moved with speed, power, and confidence. 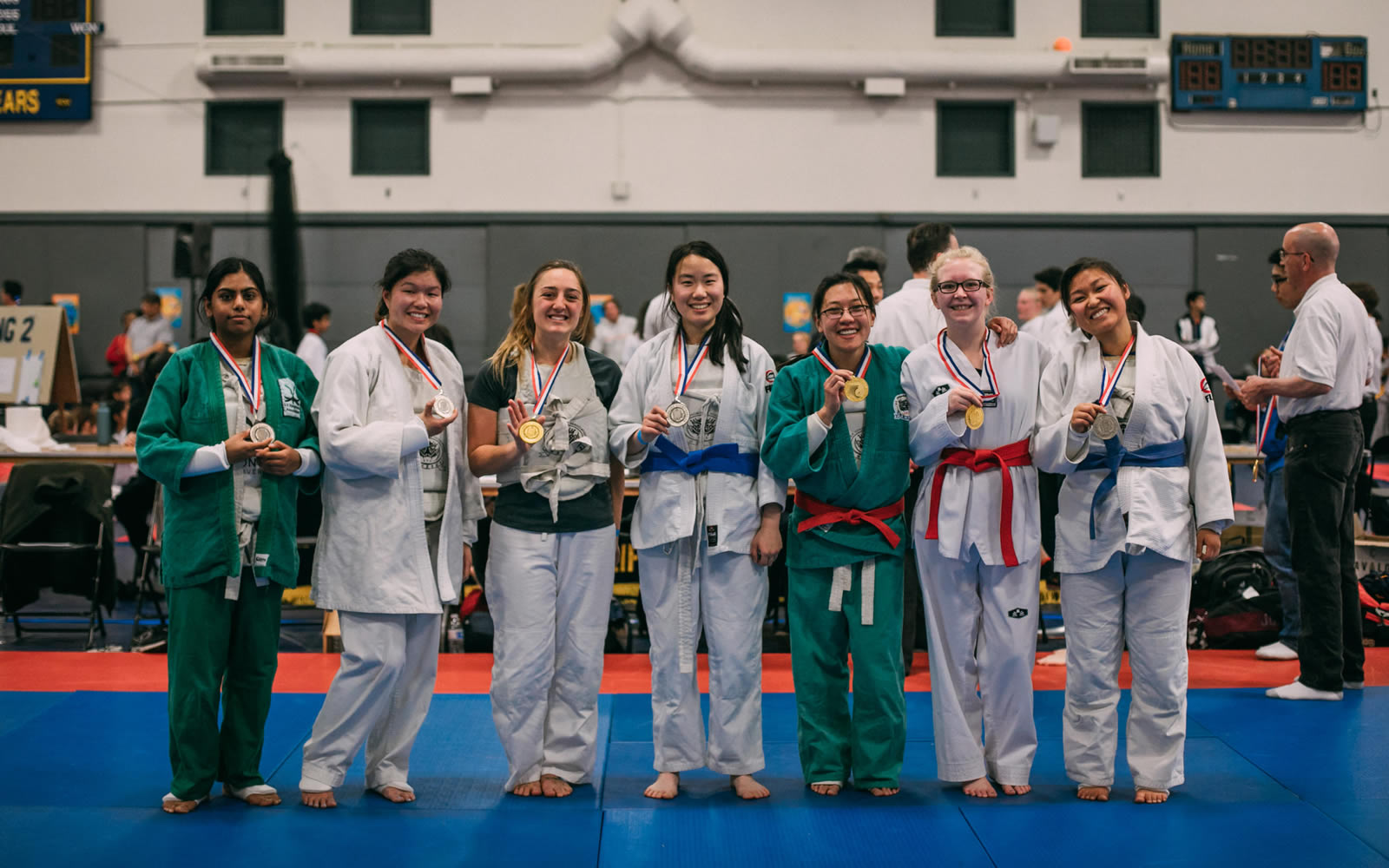 ALL DONE: Riley and a few of her new friends celebrate.