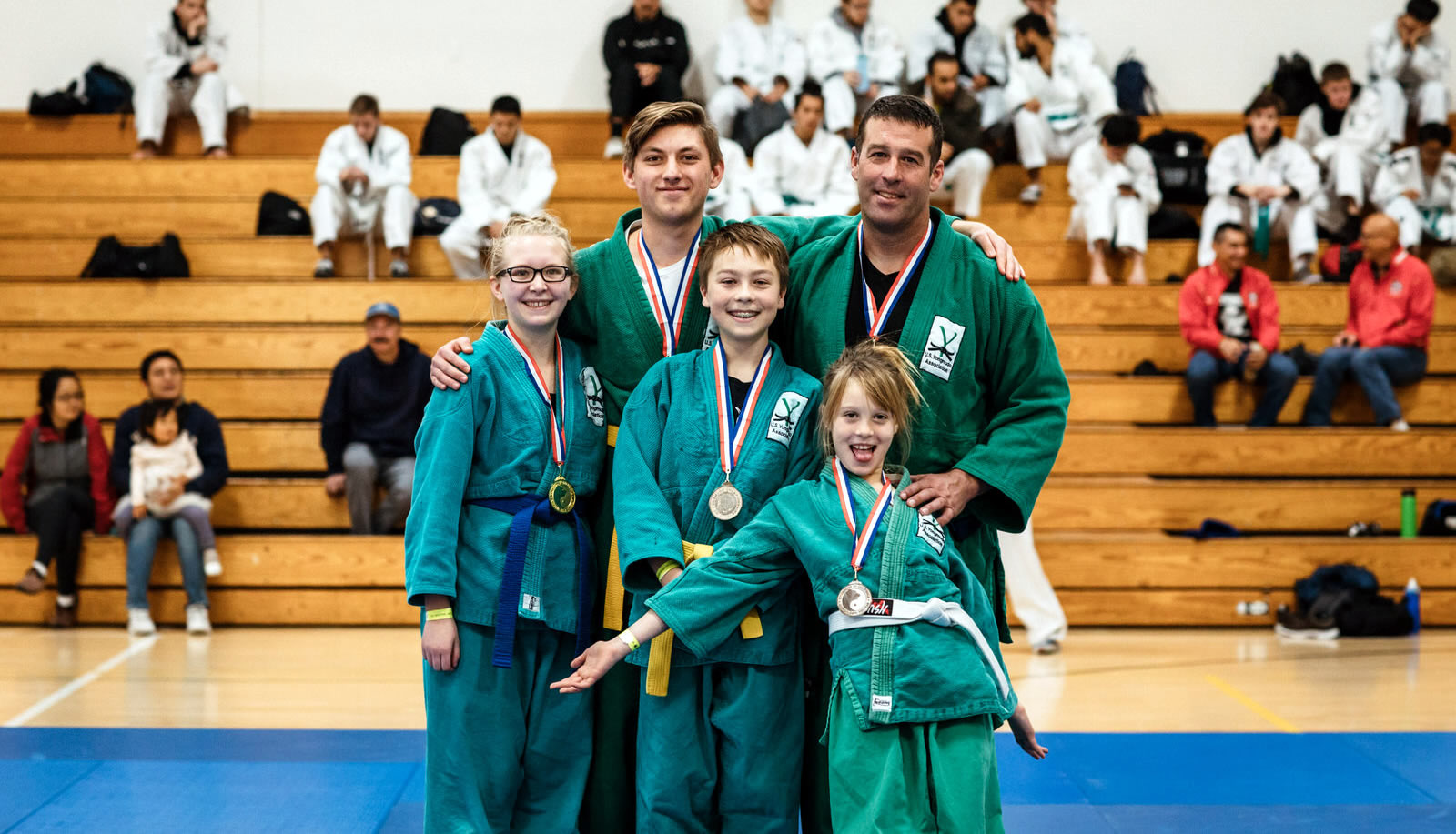 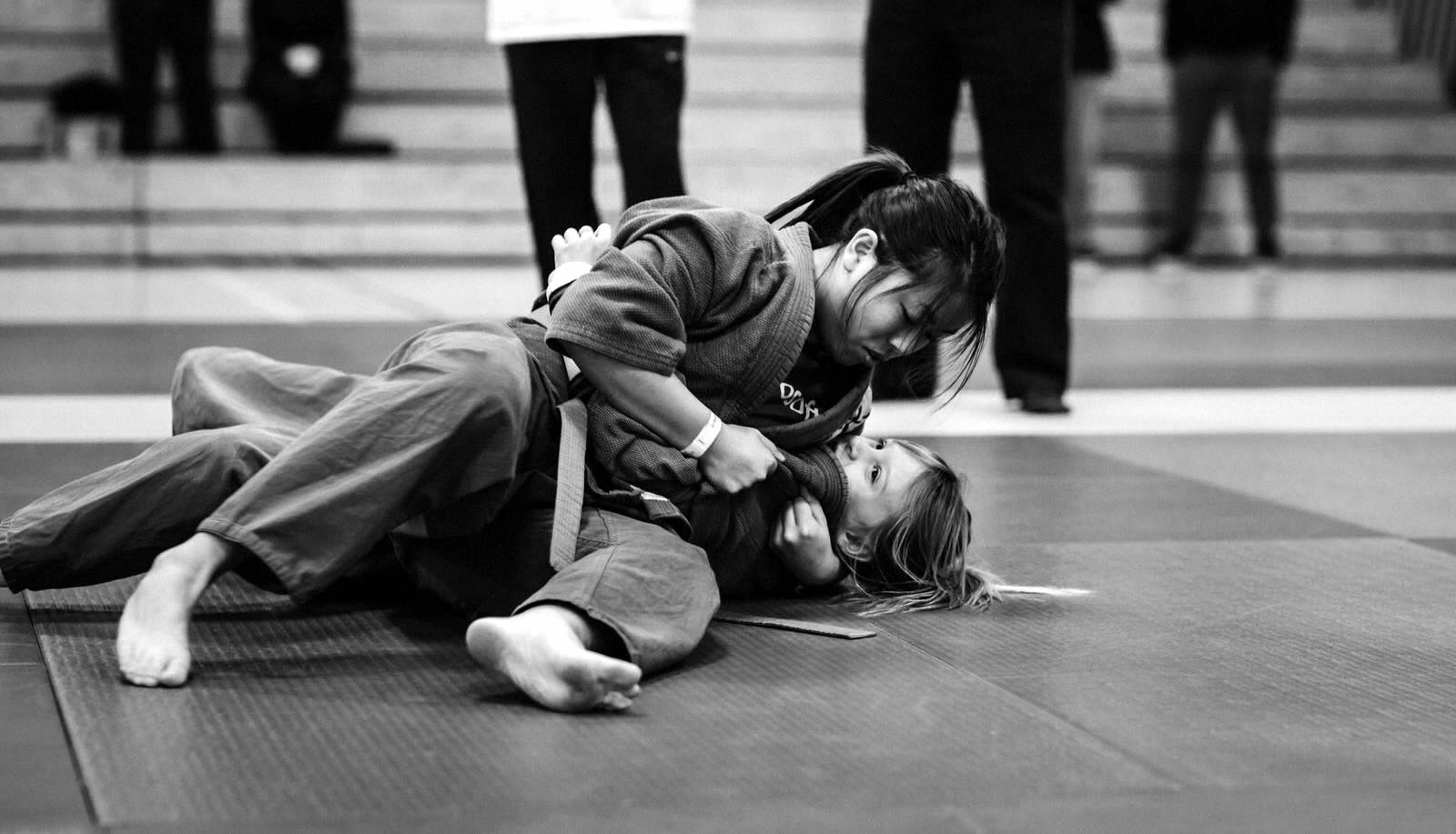 Tyler gets started with a well-earned bronze medal. 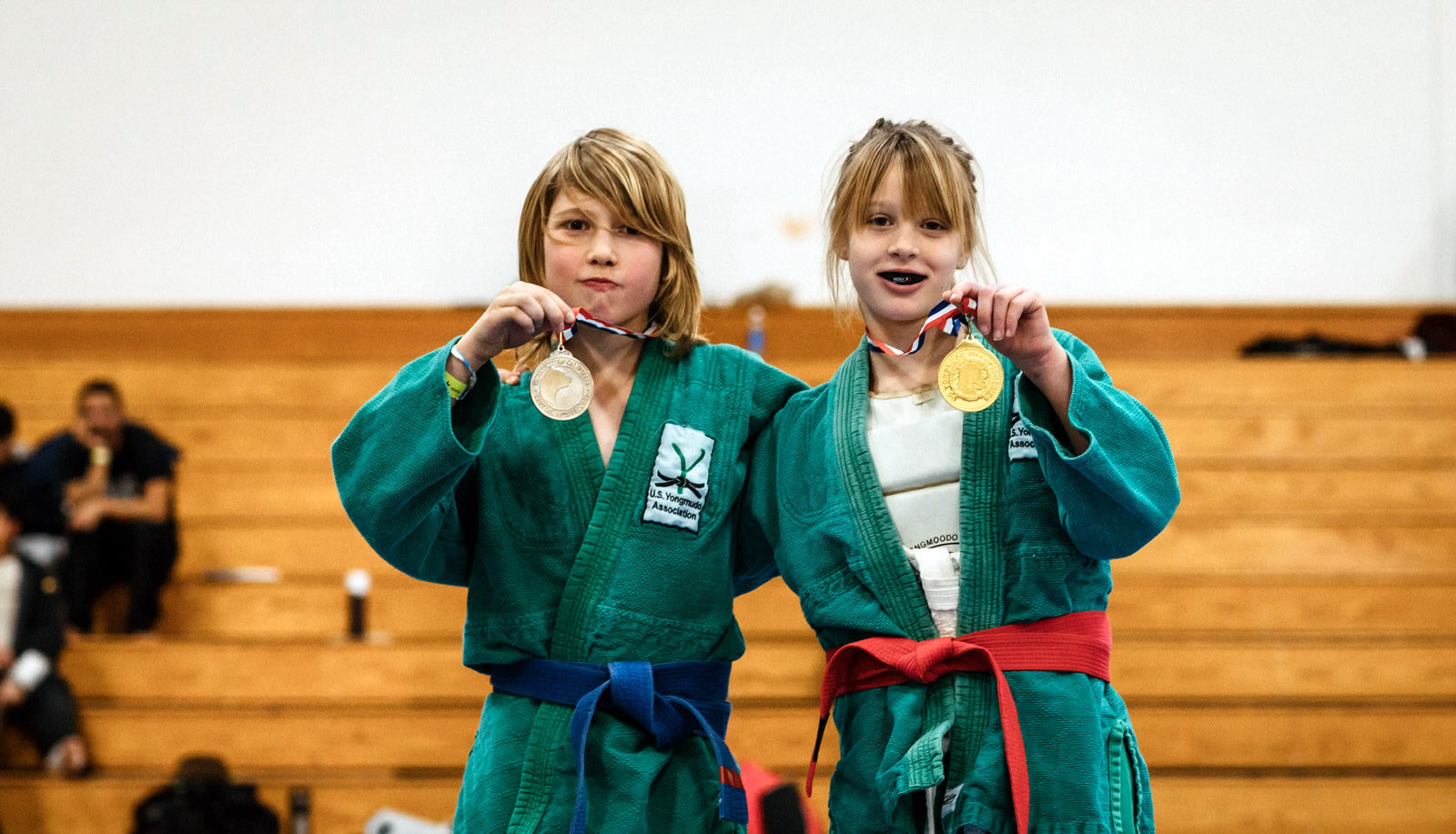 She follows it up with a gold medal. Great job! 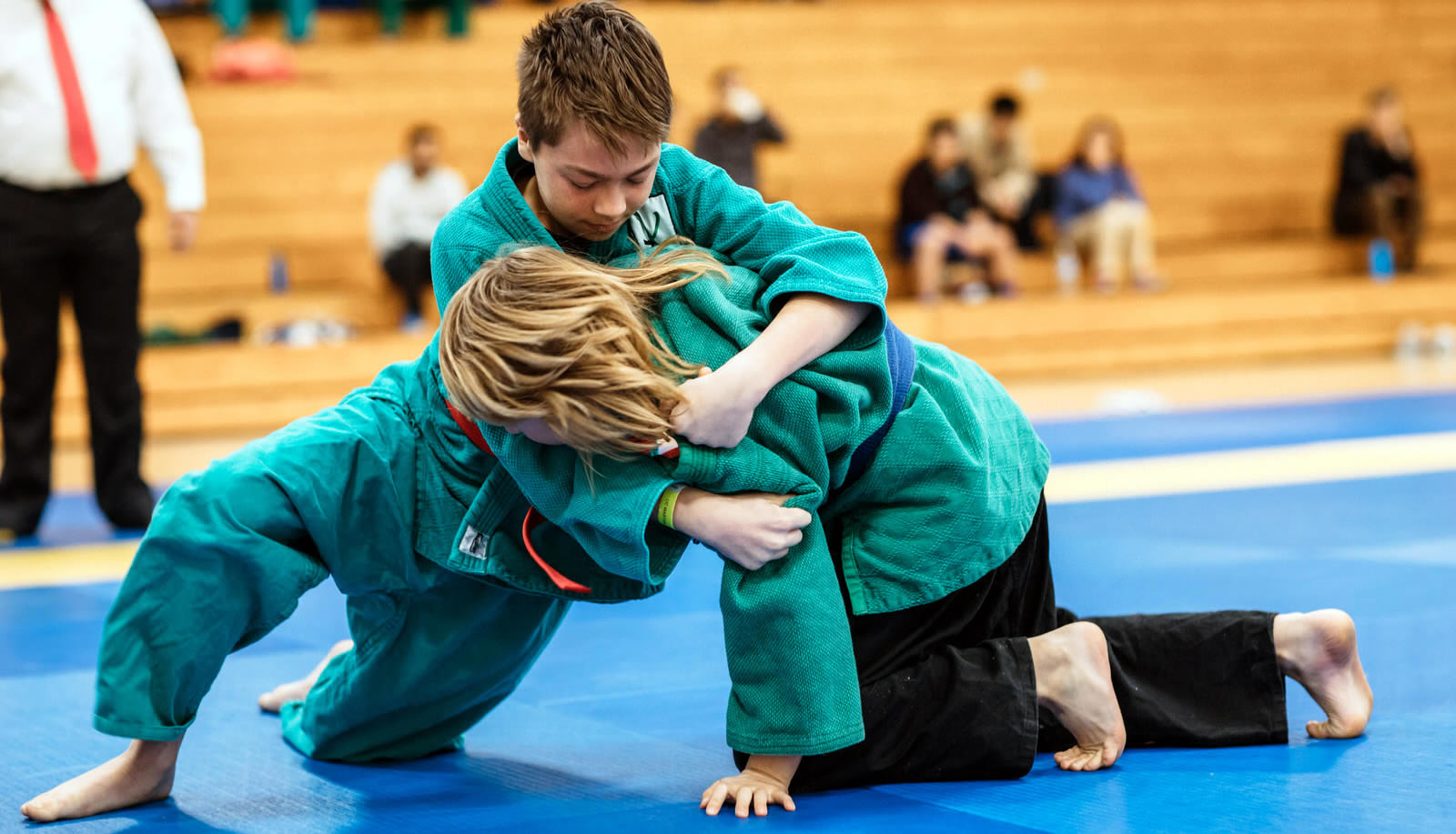 He started yongmudo 1.5 years ago. Coming onto the mat with his father and now his sister.

Not only does he show skills but also a calm demeanor in the middle the action. He has a good idea of what he's doing on the mat. 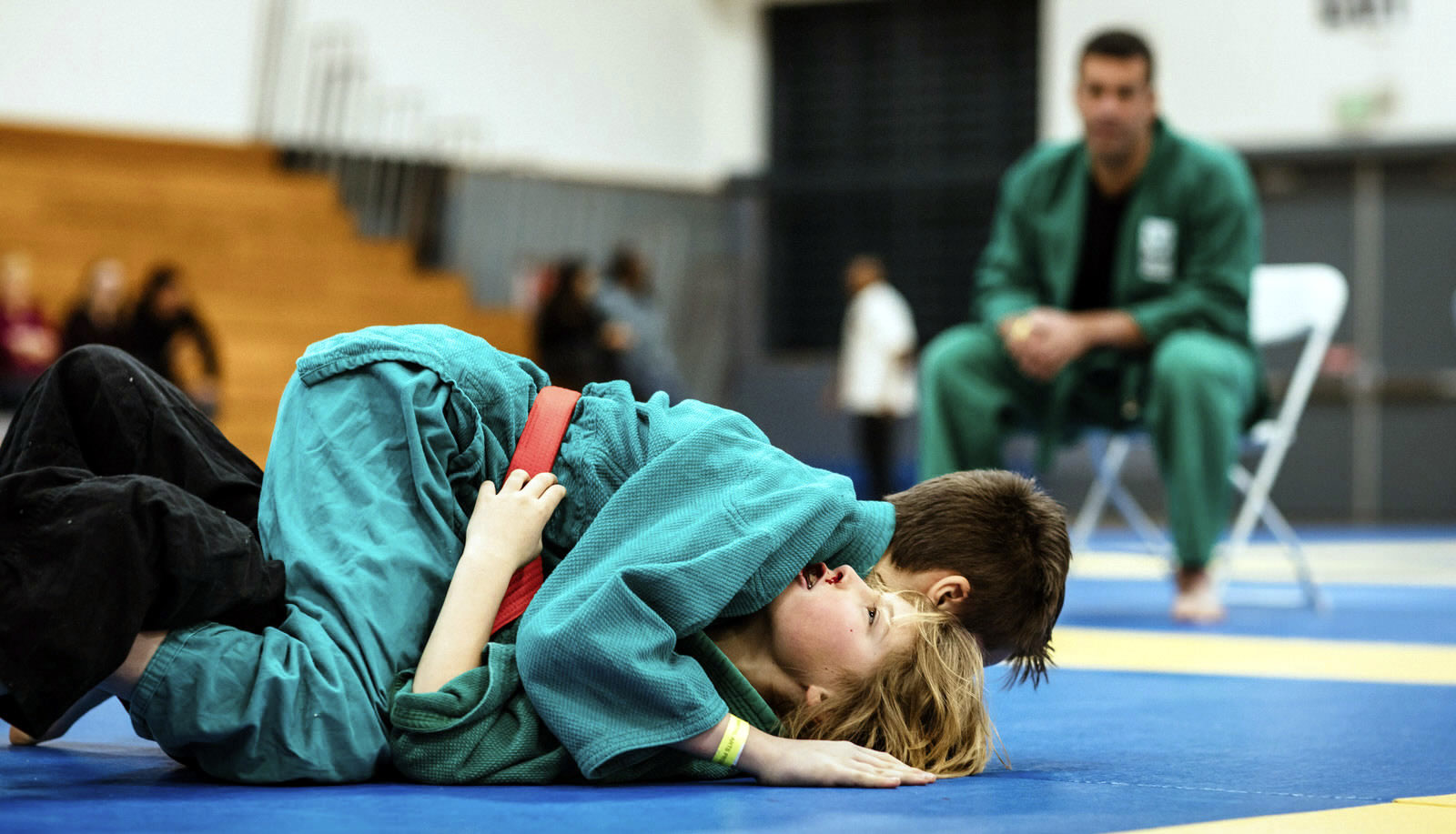 JACKSON & ELI: Jackson worked well on the ground showing good use of position, leverage, and movement while his father, Eli, coached. 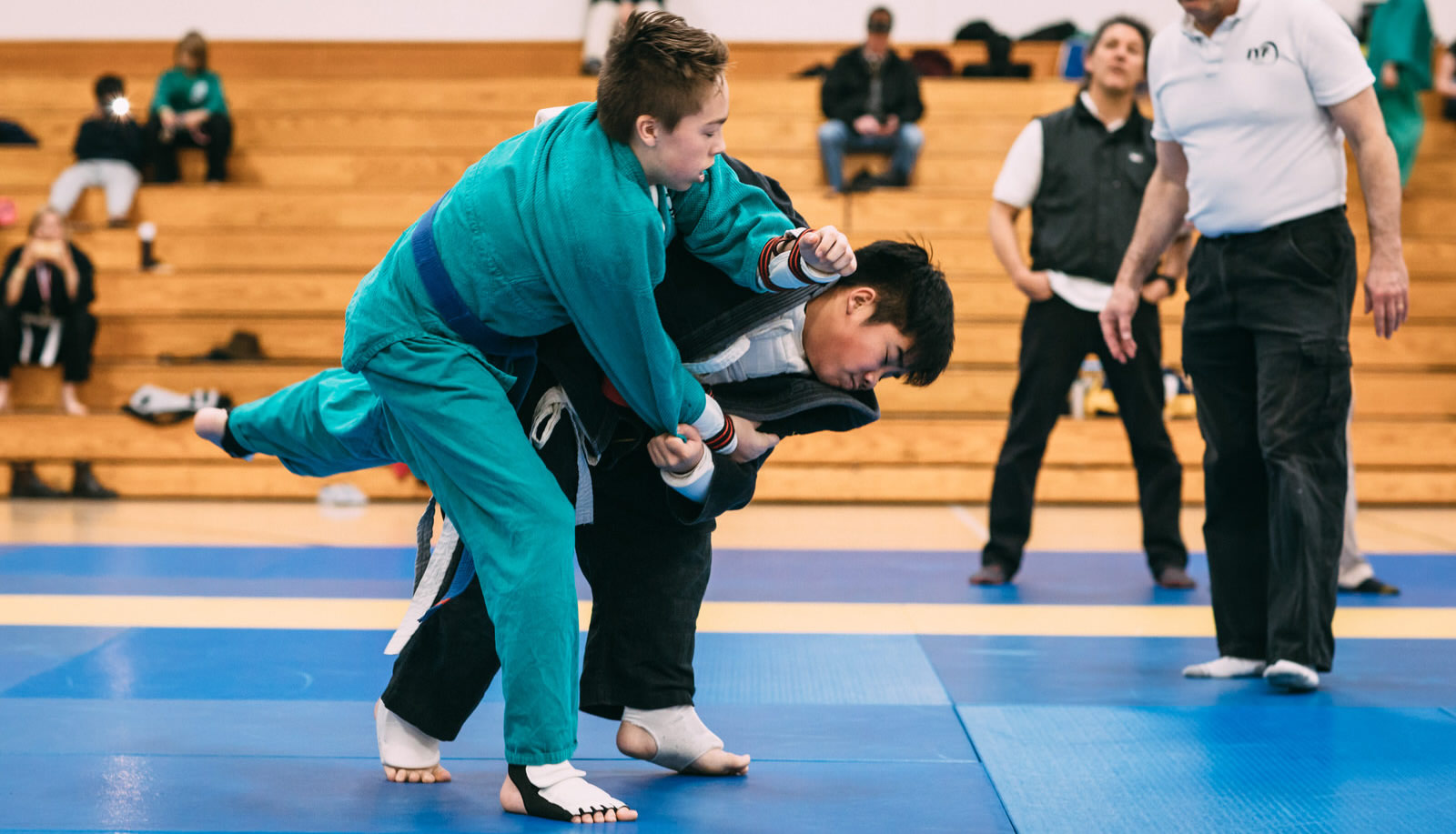 Jackson had some challenges in the advanced division. 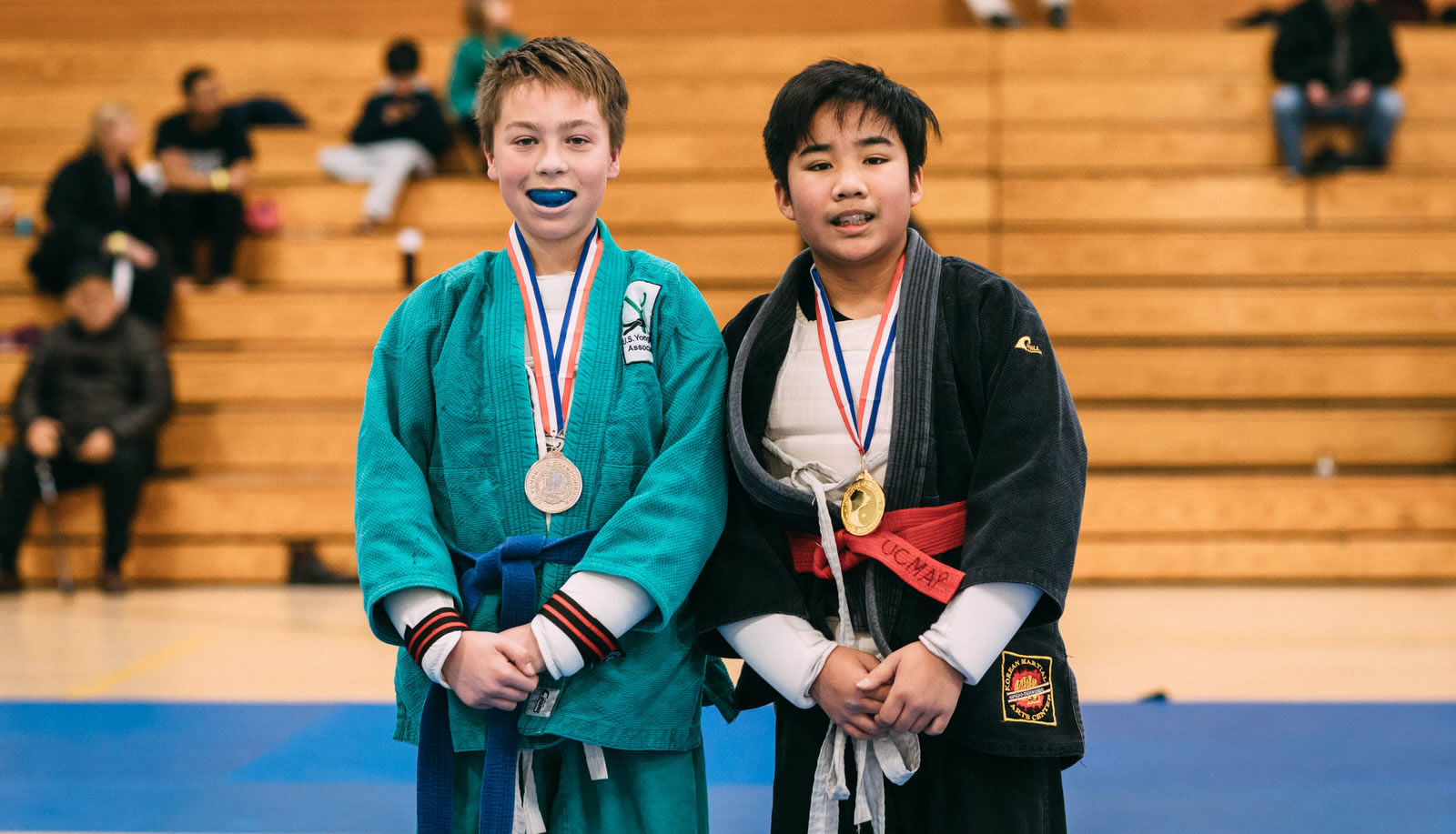 A couple of tough bosses enjoying the moment. 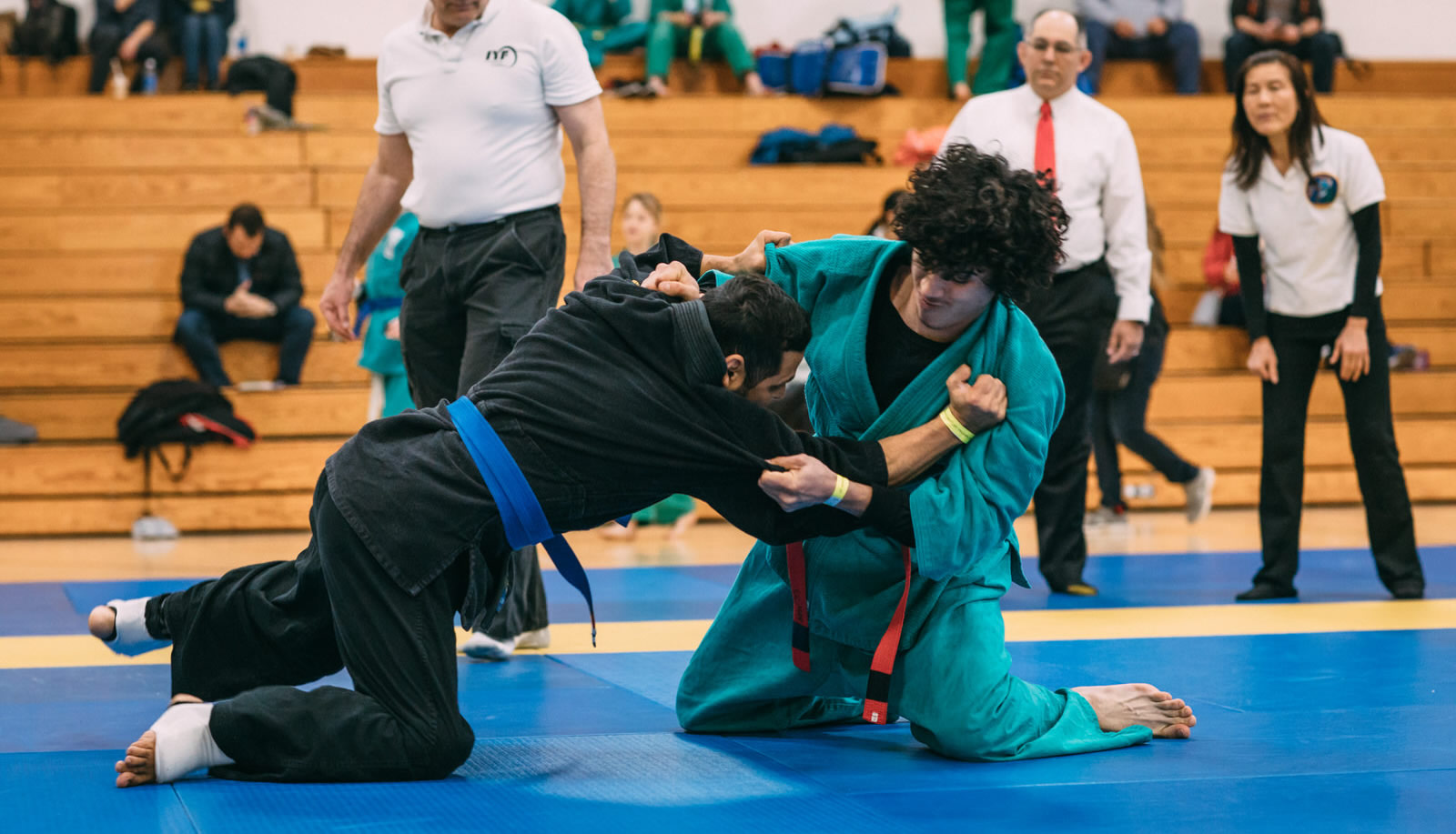 Vincent in the intermediate division on the ground. 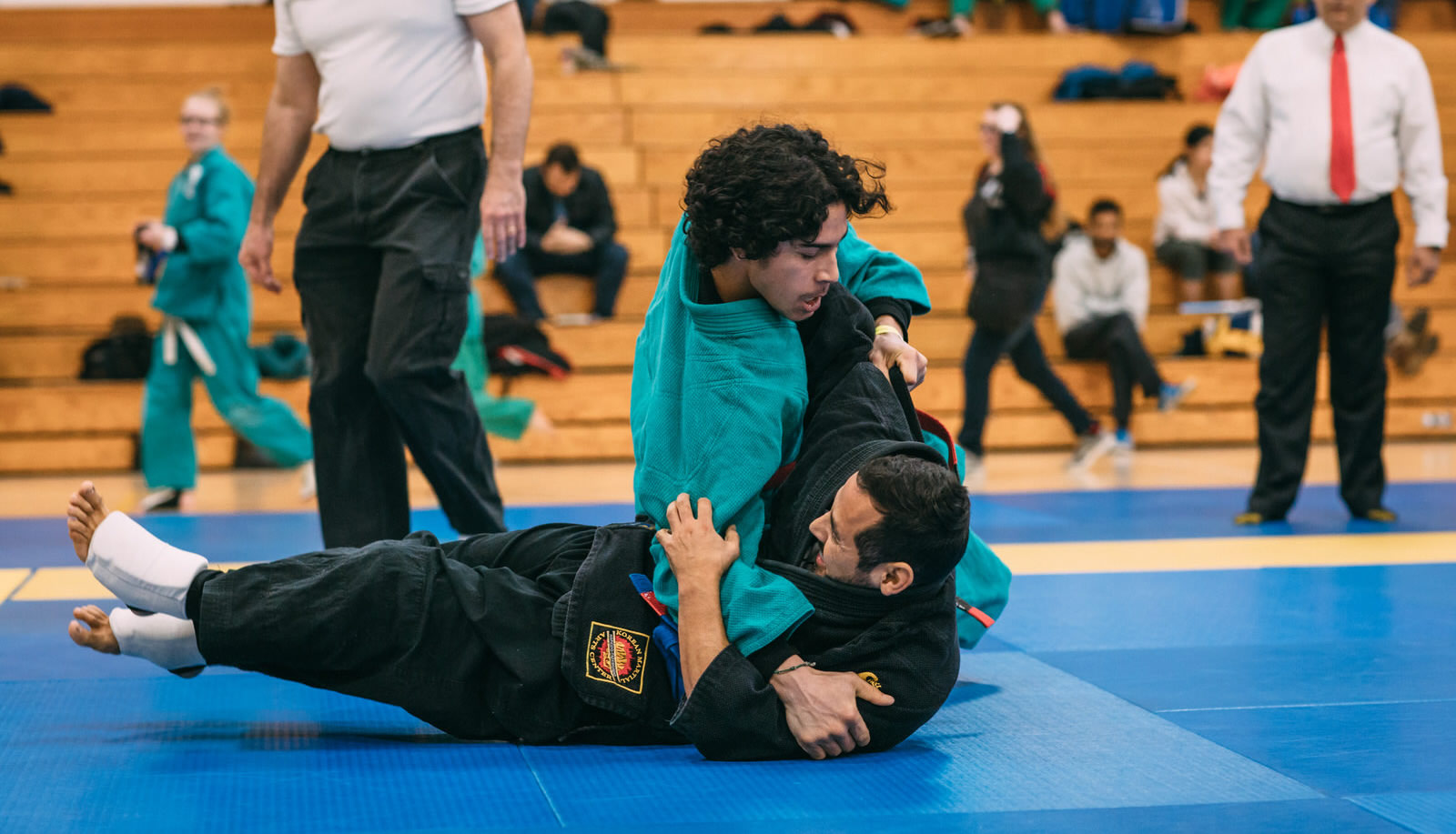 Good leverage to get the opponent on his back. 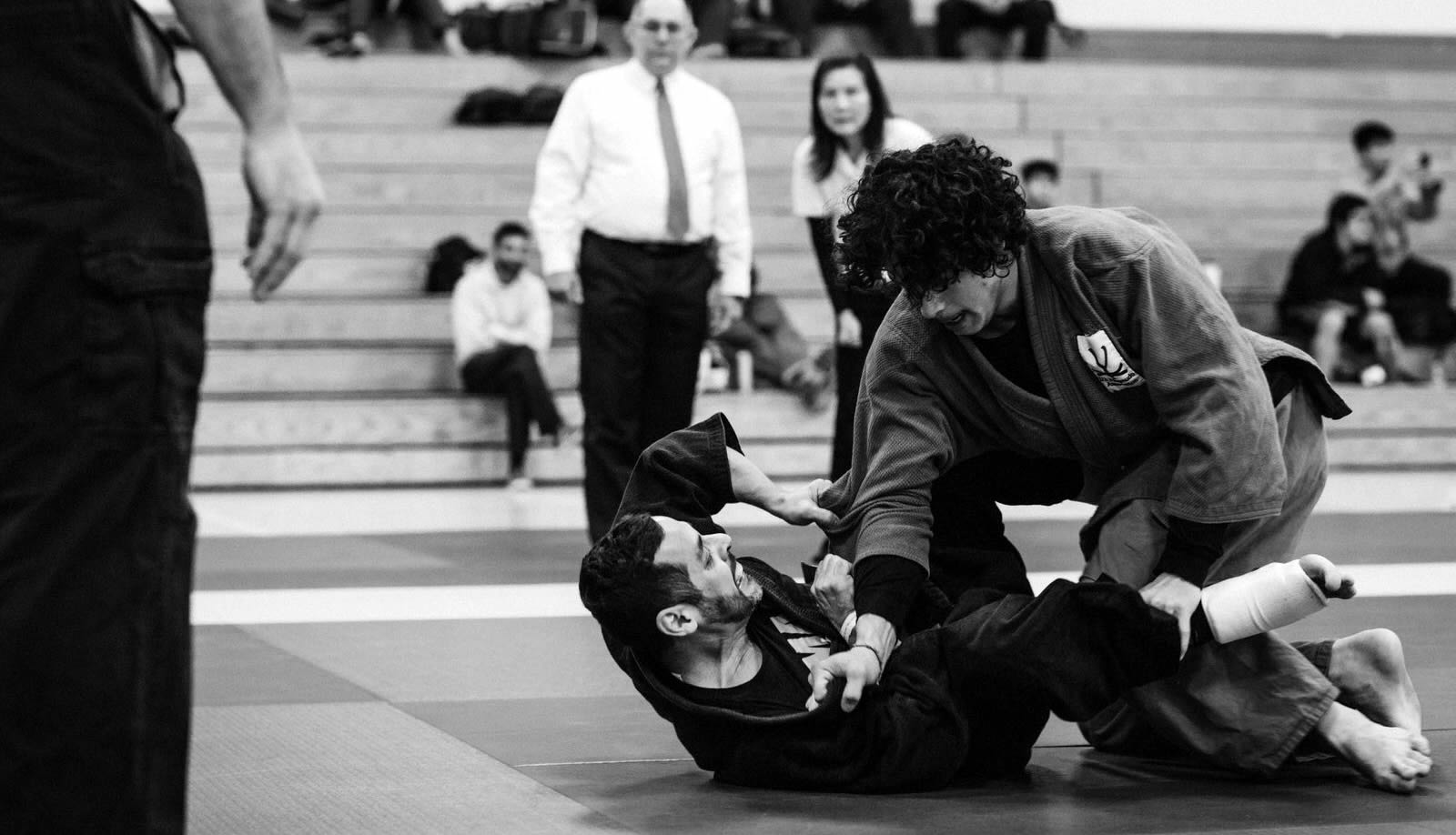 No strikes, kicks, eye-gouges, or standing around. When you stand up, it must be in transition immediately to another position.

Chokes and joint-locks are not allowed in the beginning division. Intermediate competitors need to both agree. 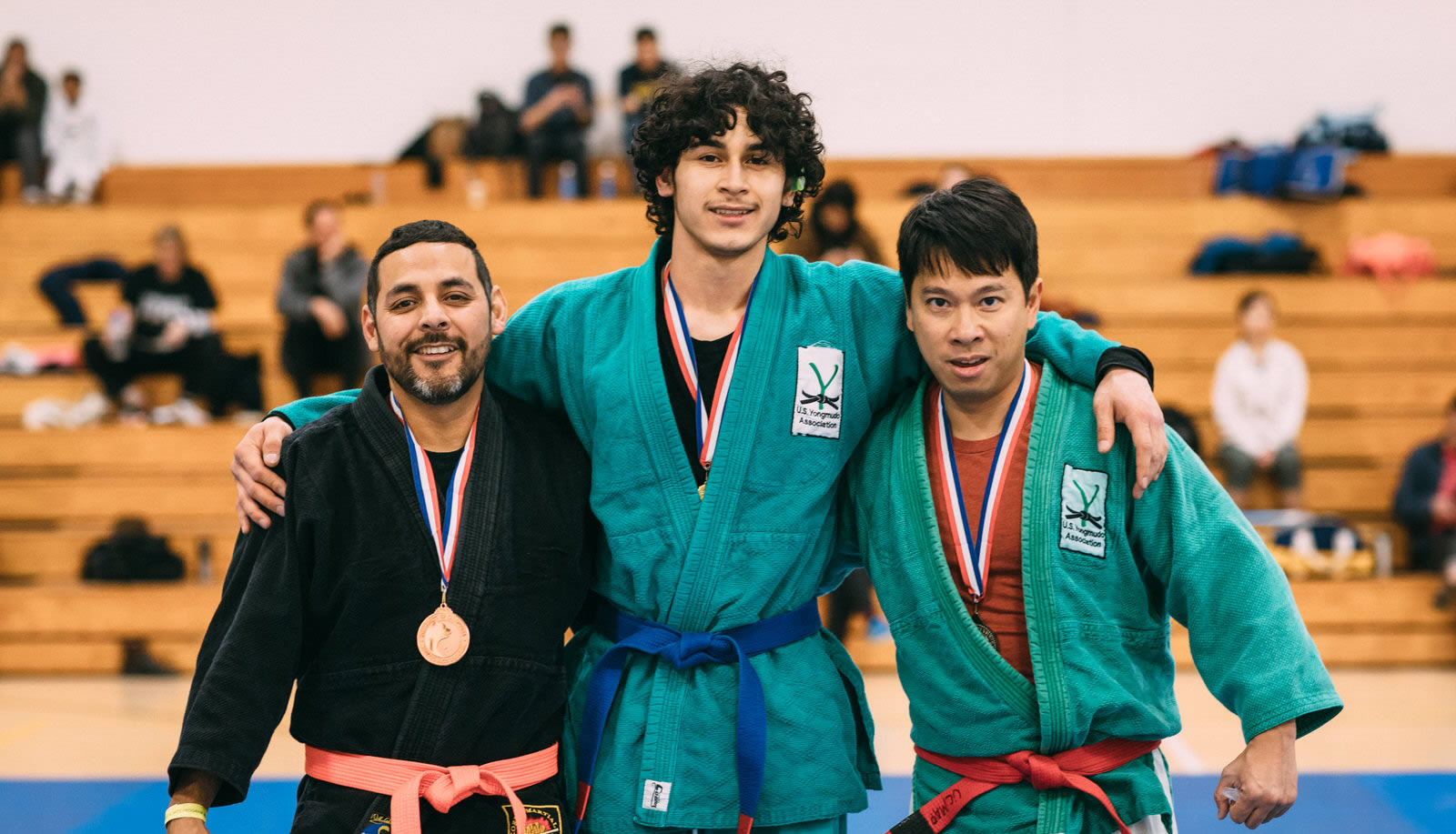 Vincent and friends celebrate after some tough matches. 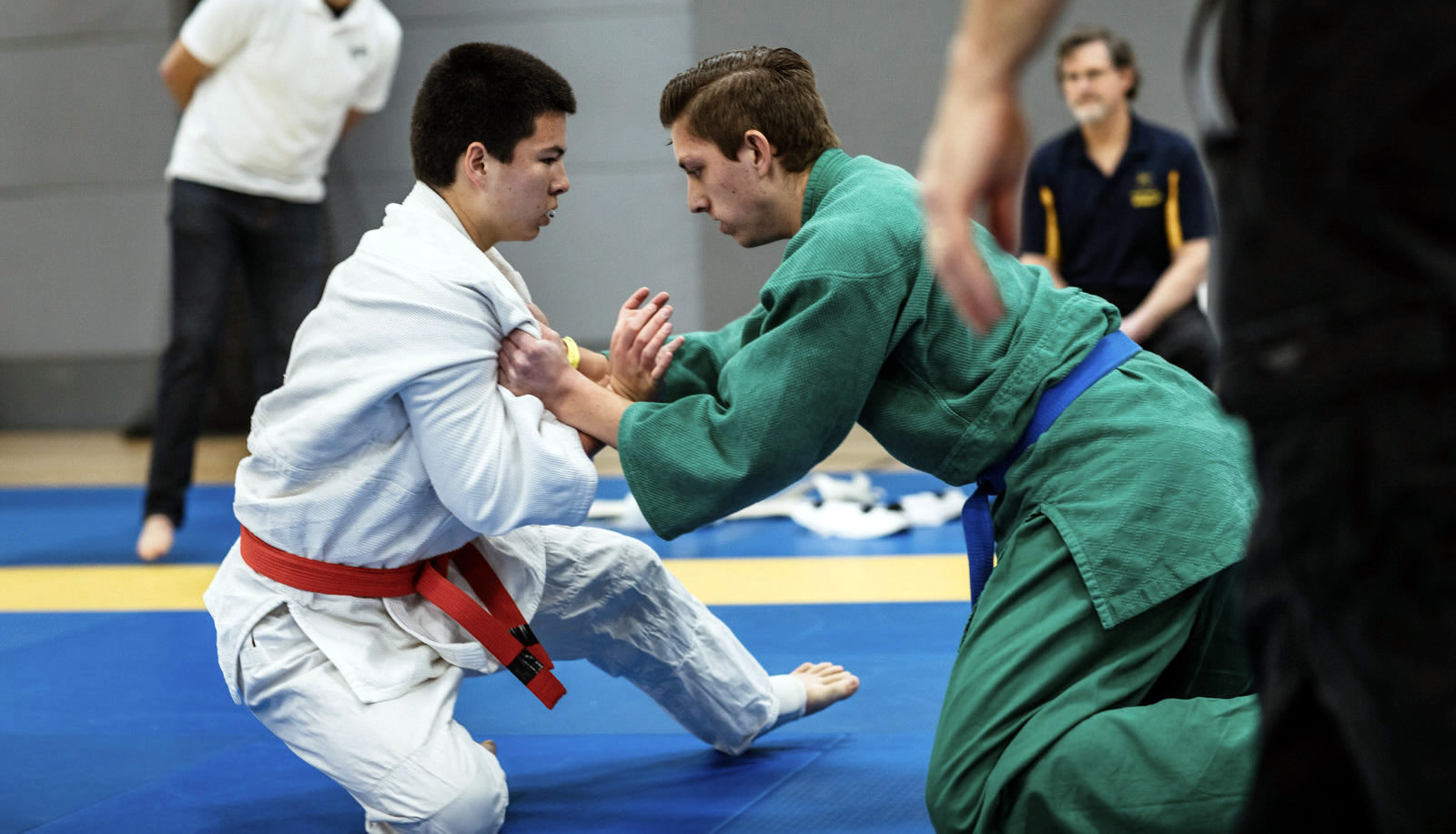 Vitaliy tentatively begins some work on the ground. 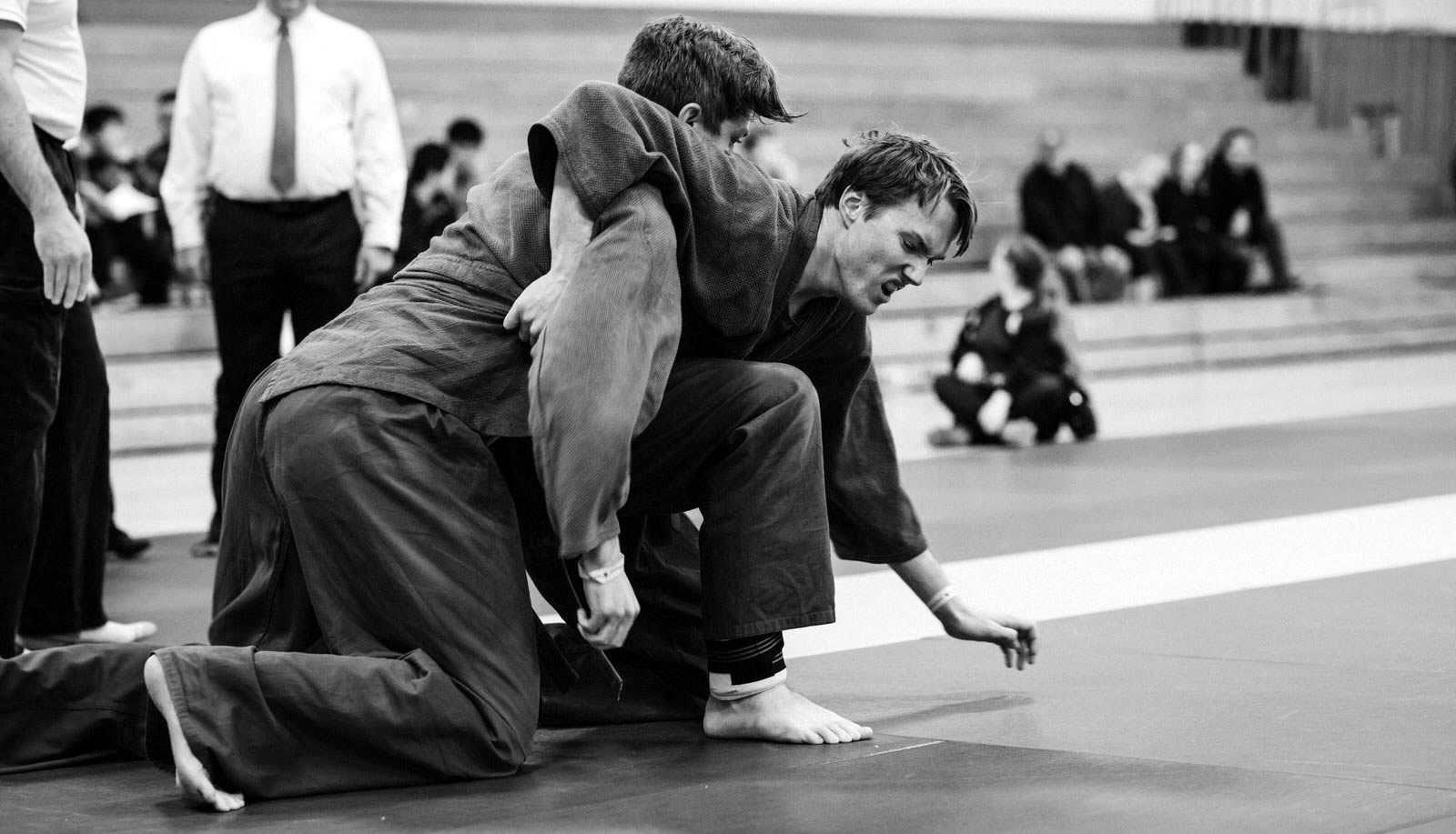 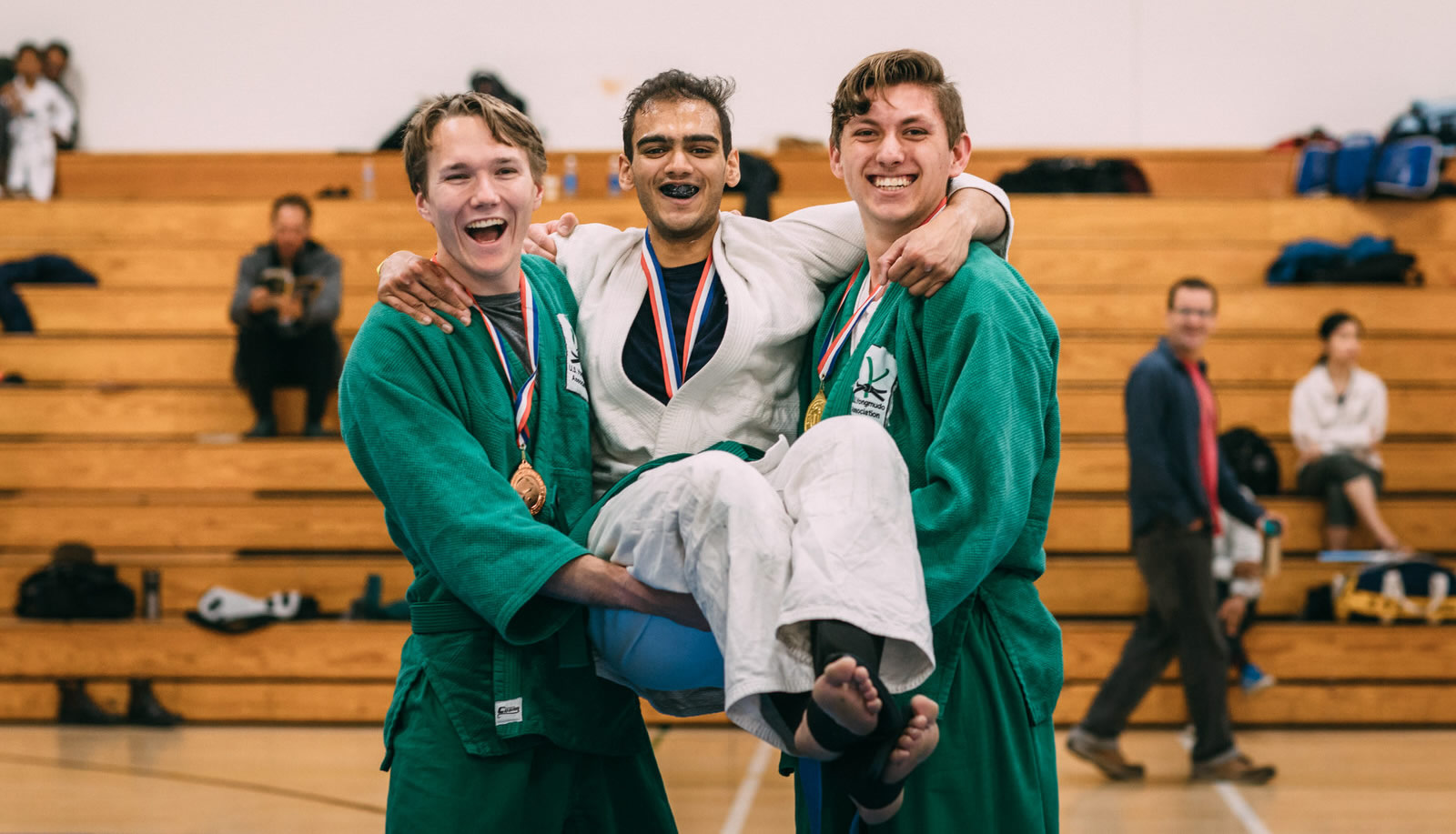 Celebrating after some hard-fought matches. It's all good. 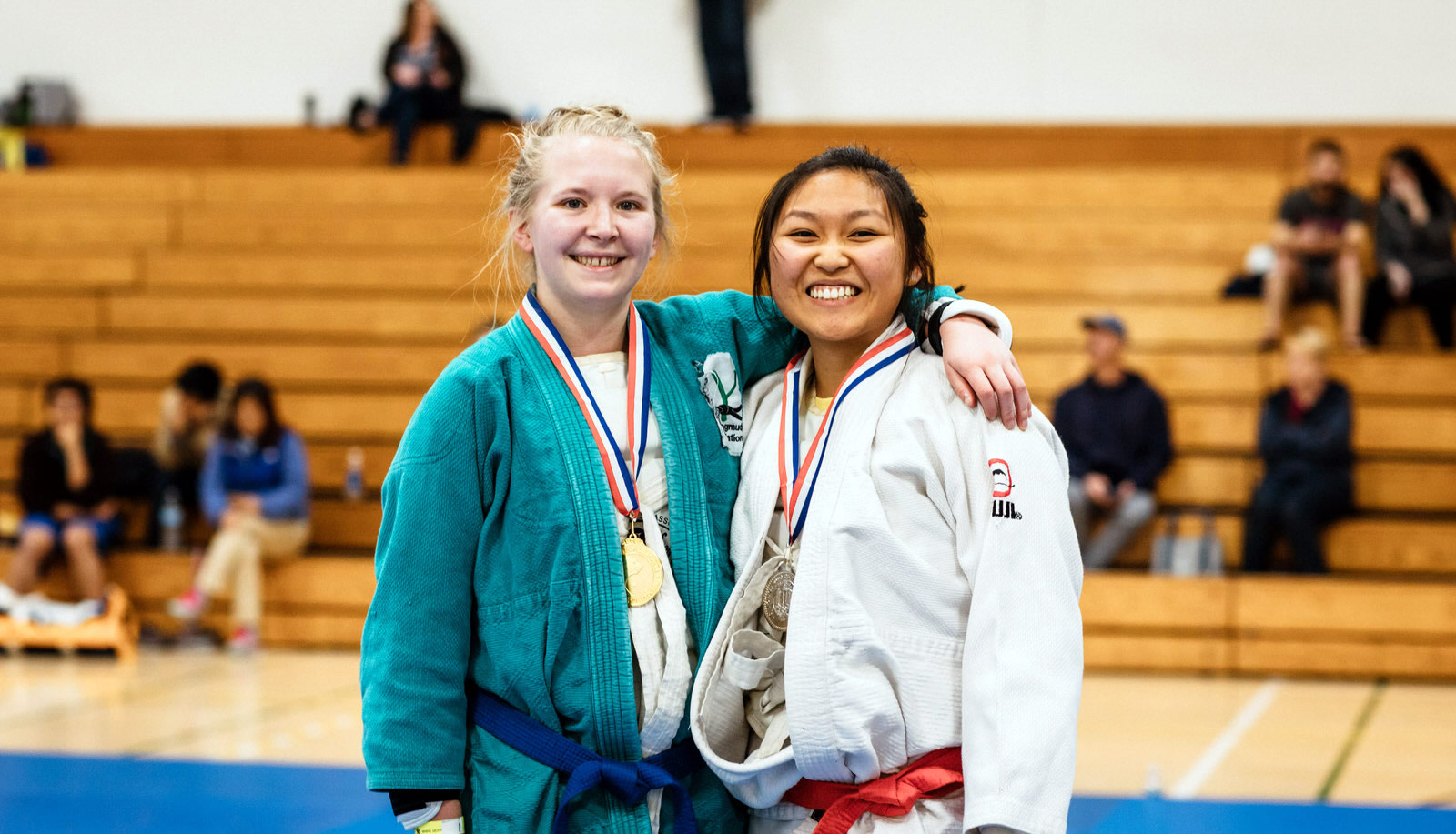 Celebrating after the advanced 4-round competition. 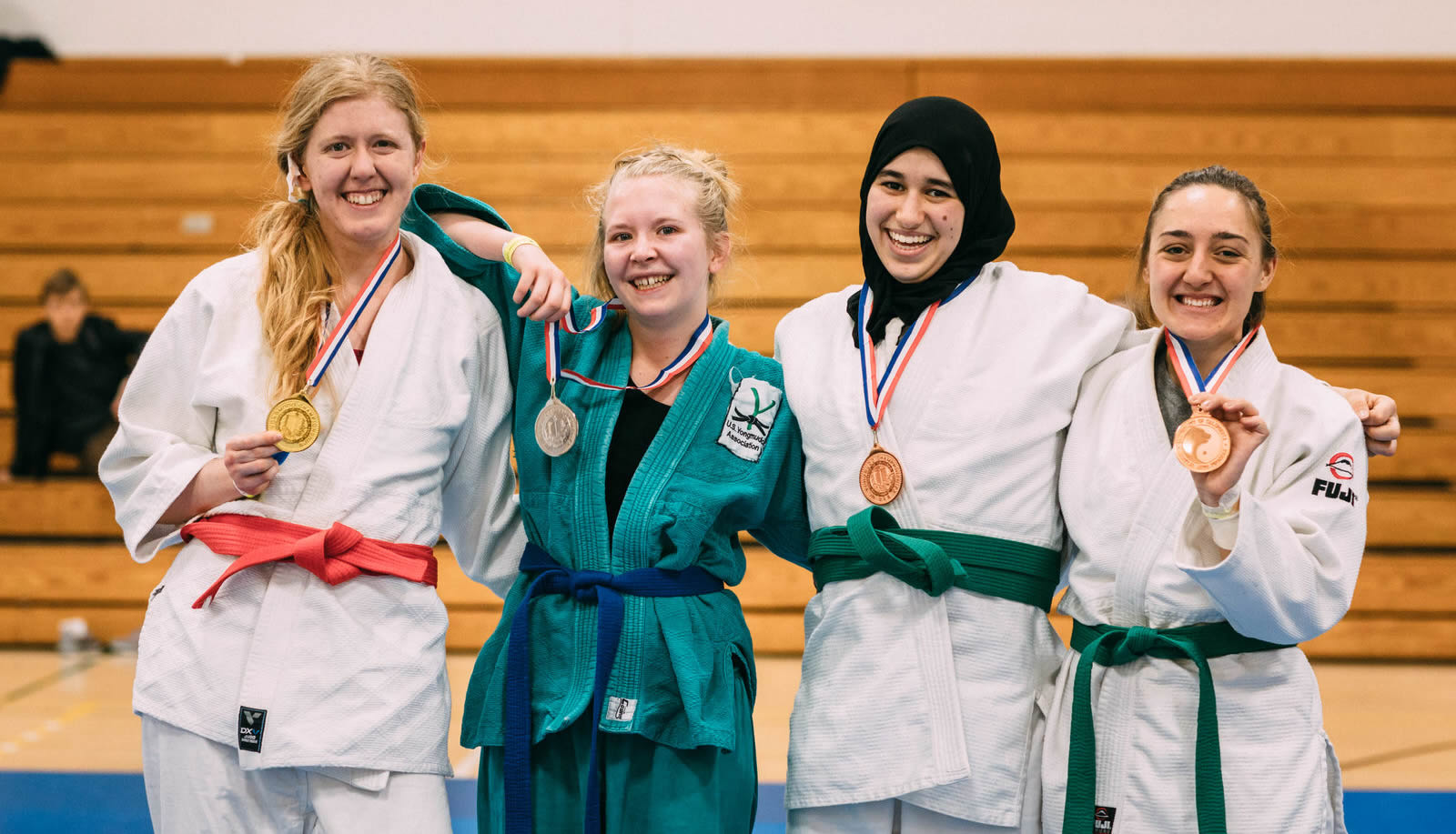 The intermediate division was filled with tough women. 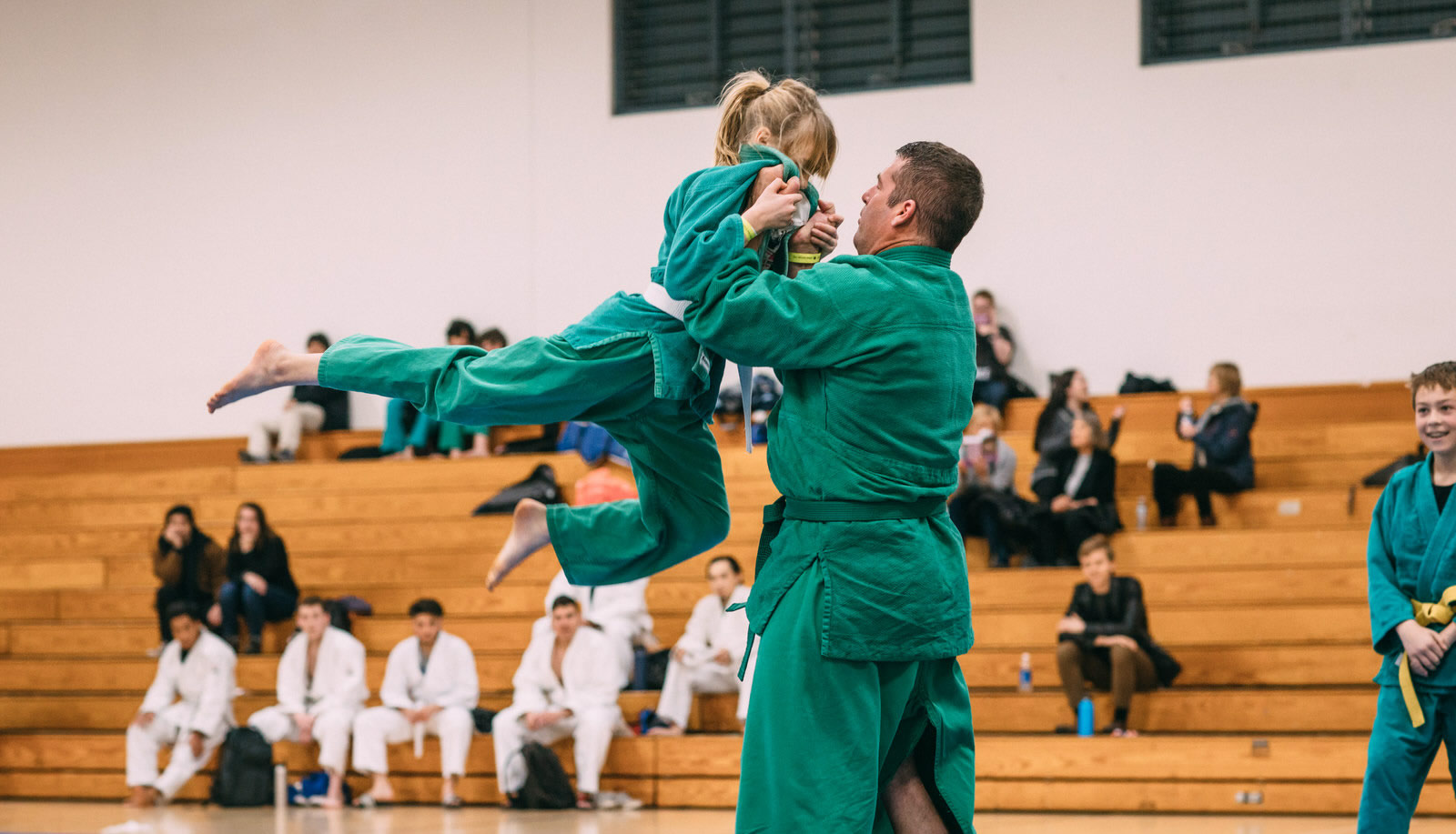 Tyler takes on her father in the demo event. And wins. 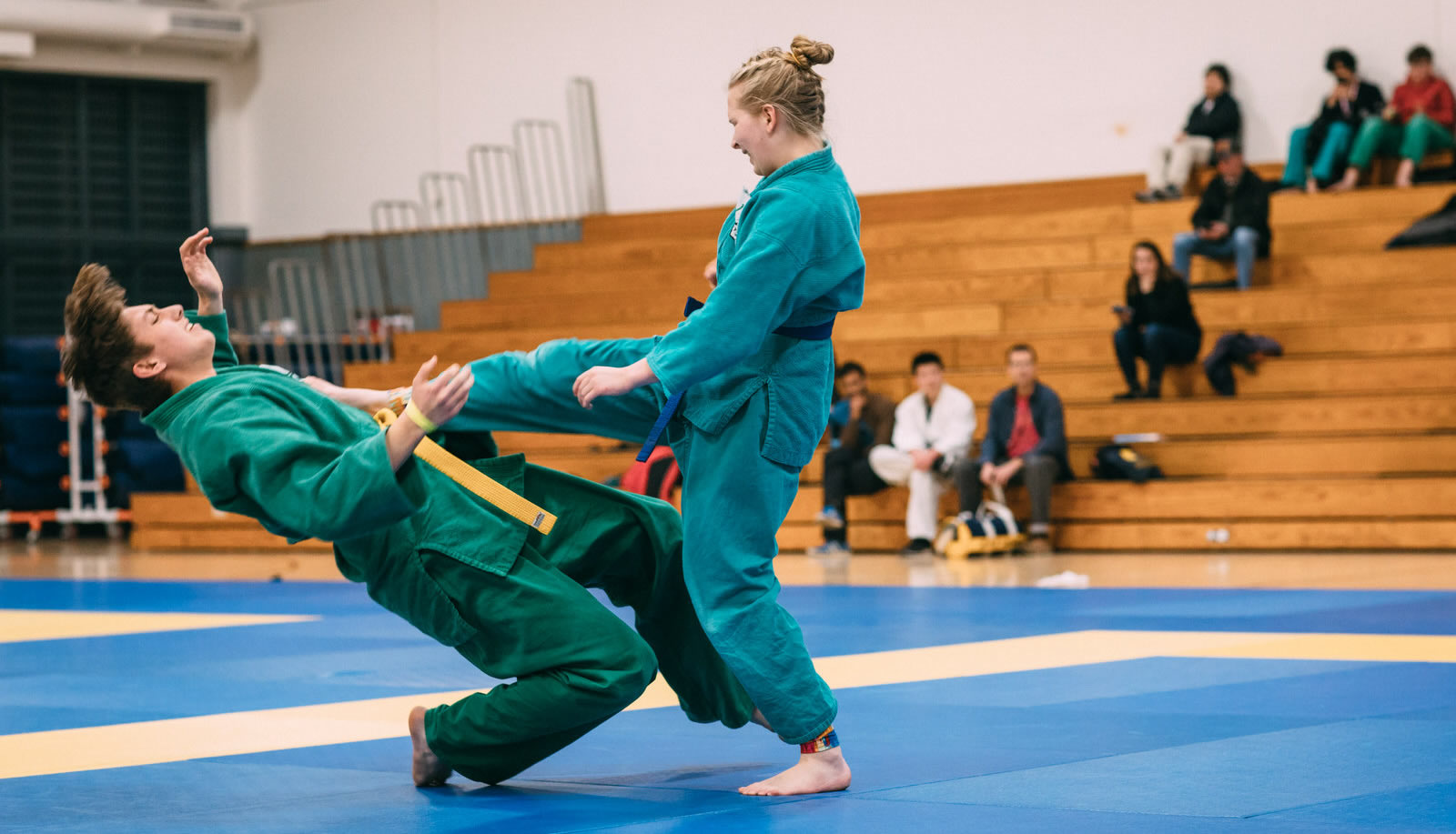 It's a chance for competitors to display a wider array of skills in a prearranged sparring format.

Riley and Vitaliy took this as an opportunity to show a subset of their black belt combinations.